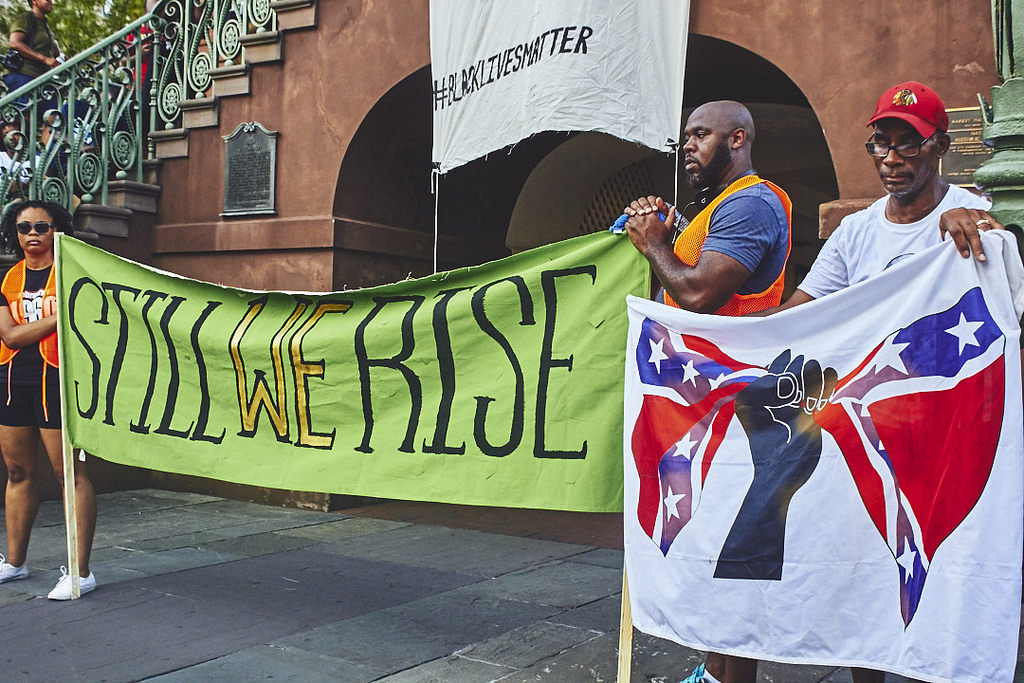 The horrific mass shooting inside the Emanuel AME Church in Charleston, South Carolina last month tipped the balance in a ‘‘decade’s old tug of war” over the meaning of the Confederate flag. Governor Nikki Haley stated that, “For many people in our state the flag stands for traditions that are noble, traditions of history, of heritage, and of ancestry,’’ while for many others the flag is a “deeply offensive symbol of a brutally oppressive past.’’ This intensifying national debate has led to Confederate flags and symbols being taken down across the United States, and has led major outlets including EBay, Amazon and Wal-Mart to discontinue the sale of Confederate flag merchandise. The shooting occurred just a fortnight after I arrived in the United States from Northern Ireland. Having often read about issues of race in the US I wasn’t all that taken aback by the news that racial hatred had permeated through the incident. The image portrayed of America to the rest of the world is, intentionally of course, one of strength, unity, and patriotism. So in that respect  what was more surprising was the realization that America is still experiencing the same struggles of national identity and coming to terms with the past that we struggle with every day in Northern Ireland.

As expressed by Governor Haley the Confederate flag has many different connotations. The problem then is reconciling these views in order to take a unified stance as a nation.

In this respect I feel that there is something instructive that we in Northern Ireland can learn from the US. When visiting the cemetery at Gettysburg, a place where some 50,000 lives were lost in just 3 days, I felt that it was clear that what was commemorated there was not triumph, but loss, on both sides.

It is tempting to ask how such pandemonium can be caused by a flag. People have used flags for over 4,000 years. Even before groups of people identified as nations, tribal groups and clans used flags to identify themselves as a unit. Symbols, such as flags, are meaningless in their own right; they do not have innate meanings. Human beings give them meaning.

Flags hold the power to polarize opinion. Anyone in doubt of this fact need only look to Northern Ireland.

National flags serve not only as a means of identification, but also as a symbol of a country’s history, ideals and its future. In light of Northern Ireland’s troubled past, it is thus unsurprising that, as a society, we have been unable to share in a unified acceptance of a national flag.

From the end of 2012 through 2013, protests took place across Northern Ireland in response to the decision to limit the number of days the Union flag flies over Belfast City Hall. This affray, which was comprised of some 55,000 incidents, saw a nation divided. It re-opened ‘Pandora’s Box’ in Northern Ireland, and the question of national identity raised its head once again.

For many members of the Unionist community in Northern Ireland, the removal of the flag from the state building was symbolic. In this respect some members of the Unionist community have expressed solidarity with the sentiment expressed by supporters of the Confederate flag; that their heritage and culture are under attack. For some, the Union flag flying 365 days a year was little more than common sense, Northern Ireland is part of the United Kingdom after-all, whilst for others it was not representative of their national identity. In my opinion the Union flag cannot adequately represent the national identity and shared future of the people of Northern Ireland.

Last weekend, the loyalist community of Northern Ireland commemorated the 12th of July, a celebration of Protestant King William’s victory over Catholic King James in the Battle of the Boyne, which often sees tensions between republican Catholics and loyalist Protestants increase and erupt in violence.

Some 24 police officers and one young girl were injured during loyalist riots, which erupted yesterday when a contentious Orange Order parade was halted after disturbances broke out. Once again, at the fore of the news was a flag controversy, prompted by an extremist minority of individuals flying Nazi and Confederate flags.

It is important to realize, however, that these incidents are crucial in prying open lines of communication and prompting important national conversations. What ultimately evokes such emotion and uproar is not the piece of cloth, but an issue of determination and a question of identity. These conversations are a battle of wills to determine which elements of our nations’ pasts have a place in our future.

In the context of Northern Ireland, it is of the utmost importance that we have these difficult conversations and work towards creating a shared identity for our nation. It is vital that we air out our troubles, old and new. This will be a long and arduous process but, ultimately, we must work towards creating a flag that both sides of the community can take ownership of. Until such a time, we will remain divided.