The Importance of Remembering 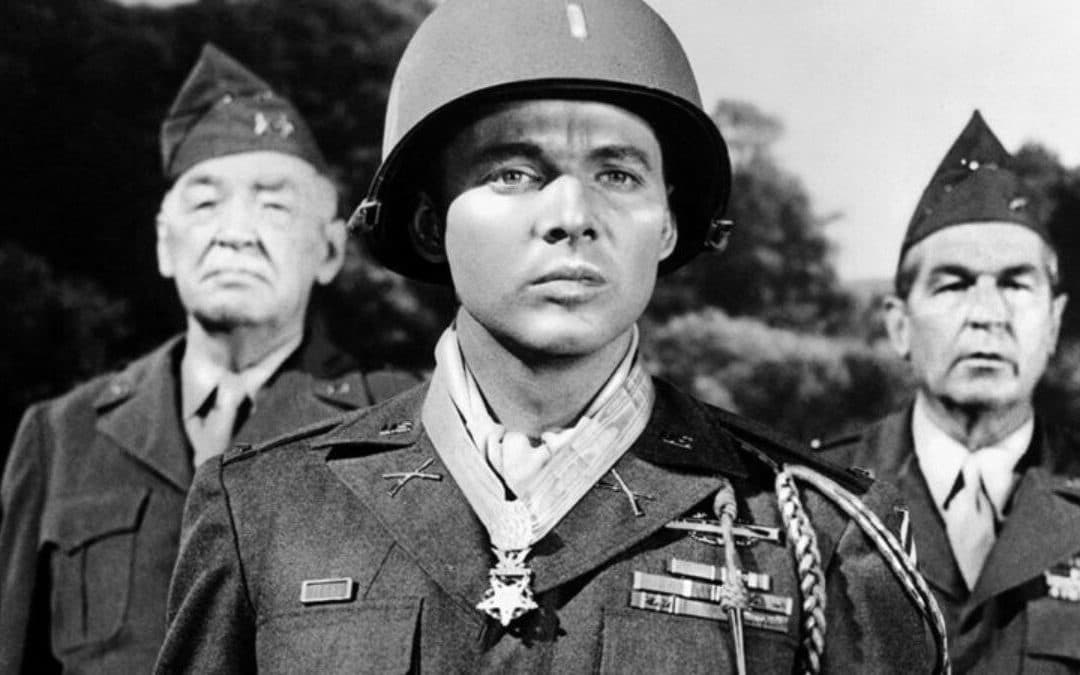 When I was young, most everyone recognized the name Audie Murphy. Some, perhaps, because he was an actor appearing primarily as a hero in Western films, one of most popular film genres of the era.  Far more people knew Audie Murphy as an actual hero, one of the most honored American soldiers of World War II.

We knew a lot of his story by heart. Born into poverty, abandoned by his father, left school in fifth grade to pick cotton. Lost his beloved mother at age 16. After the Japanese attacked Pearl Harbor, he tried to enlist in the Army, Navy, and Marines. Each turned him down for being underweight. He should have been rejected for only being 16, but his older sister helped him falsify his birth date.

Audie Murphy entered the Army as a private and ended the war as a first lieutenant and company commander. His promotions were well earned; along the way he received every single combat award for valor given by the United States Army, as well as awards for heroism given by France and Belgium.  An excerpt from his Medal of Honor recommendation is telling:

“Second Lt. Murphy continued to direct artillery fire which killed large numbers of the advancing enemy infantry. With the enemy tanks abreast of his position, 2d Lt. Murphy climbed on the burning tank destroyer, which was in danger of blowing up at any moment and employed its .50-caliber machine gun against the enemy. He was alone and exposed to German fire from three sides, but his deadly fire killed dozens of Germans and caused their infantry attack to waver. The enemy tanks, losing infantry support, began to fall back. For an hour the Germans tried every available weapon to eliminate 2d Lt. Murphy, but he continued to hold his position and wiped out a squad which was trying to creep up unnoticed on his right flank. Germans reached as close as 10 yards, only to be mowed down by his fire. He received a leg wound but ignored it and continued the singlehanded fight until his ammunition was exhausted. He then made his way to his company, refused medical attention, and organized the company in a counterattack which forced the Germans to withdraw. His directing of artillery fire wiped out many of the enemy; he killed or wounded about 50.”

Yes, we knew about Audie Murphy, and many of us knew about Sergeant York of World War I fame. We also knew about many other heroic men and women, for they passed and lived among us, generally speaking little about their own experiences.  Perhaps reliving them in the darkness, they did not want to bring them into the light of day and risk sharing the emotional tumult that might rise within.

Each passing year, a single day would bring them together. On Memorial Day uniforms were dug out, pressed, and once again worn proudly. The old soldiers of World War I, who’d fought in the War to End All Wars, joined the generation they’d sired who shouldered the burden of fighting in their war’s successor. For younger spectators, who knew nothing about the cost of war, Memorial Day was exciting. For those who knew much about the cost of war, those who fought, the gold star families whose pain was still evident, Memorial Day was filled with solemn pride tinged with profound sadness.

Time has passed, and the veterans of World War II have mostly faded away, joined now by the veterans of the Korean War, and increasingly by those who knew the battlefields of Vietnam. Those who served in Korea, and Vietnam, and in conflicts that ensued in theaters large and small, share the bond of the generations they followed, and understand the meaning of Memorial Day.

I started this reflection by noting that even a hero as large as Audie Murphy can soon be lost to the passage of time. What then of other heroes who gave their lives on distant shores? Who remembers Ellen Ainsworth from Glenwood City, Wisconsin? Second Lieutenant Ainsworth, an Army Nurse, was killed by enemy fire while serving in a field hospital at Anzio. Just 24 years old, she was awarded the silver star for conspicuous gallantry.  She lies in the Sicily-Rome American Cemetery, one of 7,845 American war dead buried there. The cemetery is maintained by a little known U.S. government agency—The American Battle Monuments Commission (ABMC).

ABMC administers, operates, and maintains 26 permanent American military cemeteries, and 30 federal memorials, monuments, and markers, which are located in 17 foreign countries, the U.S. Commonwealth of the Northern Mariana Islands, and the British dependency of Gibraltar; three of the memorials are located within the United States. These cemeteries and memorials are among the most beautiful and meticulously maintained shrines in the world.

It may come as a surprise to learn that there are 207, 621 Americans who fought and died in the two great World Wars memorialized at ABMC cemeteries and memorials overseas. Another 8,210 Americans who went missing during the Korean War, and 2,504 Americans who suffered the same fate during the Vietnam War, are honored at the Honolulu Memorial.

So, who remembers Lt. Ellen Ainsworth? The men and women who are ABMC remember Lt. Ainsworth, and all those who are entrusted to their care. Part of ABMC’s mission is to ensure that the stories of those who fell abroad in defense of this nation and never returned to our shores are remembered, and to share those stories with the nation.

As Memorial Day approaches, we all would do well to remember, honor, and mourn the brave men and women who gave their lives while serving in the military in defense of this country. I think of those who returned from war forever changed, and for whom Memorial Day was a sacred day, filled with sorrow and passion. I think of those who never returned, now entrusted to the care of ABMC, gone but not forgotten. I hope everyone who reads this will do the same.