The Evolution of Advocating for the Military Caregiving Community 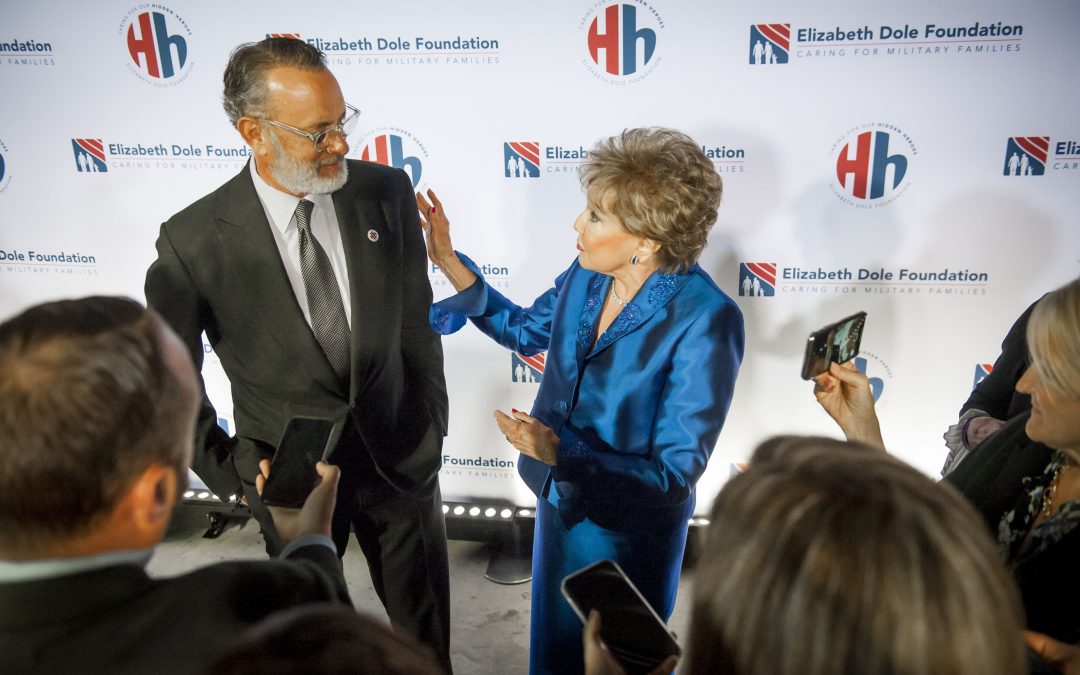 In late October, as the Washington Nationals played Game 2 of the World Series, two of the most well-known people in the United States were in our nation’s capital. And it had nothing to do with baseball.

Tom Hanks and Michelle Obama were at The Anthem in Washington, D.C, along with NBC TODAY co-host Savannah Guthrie and singer Rita Wilson, for the Elizabeth Dole Foundation’s Heroes and History Makers Gala. The event, attended by nearly 1,000 people, came two days after the Foundation’s annual national convening for military caregivers.

Both events, widely covered by media, showcased how dramatically the national conversation about military caregivers has changed in a short period of time. As our Dan Gregory remarked on Twitter, it was just four years ago that our work with the Elizabeth Dole Foundation focused on answering the question, “Who are military caregivers and what do they do?”

Thanks to the tireless efforts of the foundation and other like-minded organizations the general public is now increasingly aware about the importance of military caregivers and the critical role they play for our veterans.

There is no longer a pressing need to explain who a military caregiver is. A simple search in Google news for “military caregiver” returns more than 100,000 news articles, spanning from military and veteran publications to local news outlets to national publications like the New York Times. With this public recognition comes increased awareness, providing a window into the next evolution of communicating the caregiver needs – focusing on specific issues.

What Comes Next for The Military Caregiving Community

The future of military caregiving dovetails with the aging of our enormous “baby boomer” population, with veterans of those ages from conflicts in the 20th century. There is already a tremendous focus, both from the media and public resources perspective, on this aging population and what steps we need to take to ensure their care remains strong through their 60’s, 70’s, 80’s and beyond.

At the same time, military caregiver issues must remain focused those caring for younger veterans from 21st century conflicts, which brings into view more concerns around employment and longer-term health care.

The varying needs of military caregivers have been noticed at the national level, as big changes are coming in 2020, after an initial delay in implementation, with the expansion of the benefits program offered to caregivers through the VA MISSION Act.

Thanks to the championing led by EDF, the 2018 MISSION Act expanded the VA caregiver stipend program previously offered only to those caring for someone who served after 9/11 to military caregivers of all eras. After an initial delay, the expanded program will be rolled out over the next few years.

As the government recognizes the need for more help for caregivers, industry has also started to understand the importance of this community and how they can deliver products and solutions to assist.

During the Elizabeth Dole Foundation’s National Convening, I was struck by the event’s Innovation Lab, which featured demos of new technologies developed by companies like Philips and Booz Allen Hamilton to help caregivers. It was a striking change for a community that was largely ignored and unknown just a decade ago

While the current media coverage and public discourse is encouraging, it cannot be taken for granted. Moving forward, there will be a continued need to communicate the needs and challenges of the caregiving community, whether for older or newer veterans.

In doing so, it will be important to share the unique and personal stories that accompany caregivers. The general public is now likely aware of the scale of the caregiver community. It is now important to drill down a level deeper, to make the general public aware of the daily lives of caregivers, and how they work so hard to overcome so many challenges. This next level of awareness will be critical in helping those unaffected understand why continued support for this community is so vital.

When Tom Hanks spoke at this year’s EDF gala, he talked about the “helping hands” needed to support caregivers. By raising more awareness about this community, the hope is that more people will come forward to provide the necessary support for caregivers.

The amount of progress from a policy and awareness perspective in recent years for military caregivers has been nothing short of astounding. But there is so much more to be accomplished, and the next decade will be just as, if not more, important than the last.