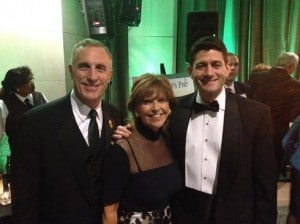 As St. Patrick’s Day was celebrated around the world, The Worldwide Ireland Funds held events in 13 cities across 5 countries attended by over 6,000 supporters to raise money for their Promising Ireland Campaign to assist Irish charities. Susan Davis served as co-chair for the National Gala event, held in Washington, DC on March 19, 2012.