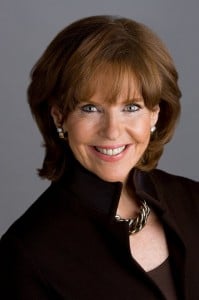 Susan Ann Davis is a pioneering woman business owner who opened her agency when relatively few women were experiencing success in the business world, and fewer still owned their own business. Over four decades, she has grown SDI into a global public affairs and strategic communications powerhouse, receiving accolades and recognition from industry peers and earning the respect of business and government leaders around the world. Internationally known for her expertise in strategic positioning, reputation management, government relations and crisis communications, Davis provides counsel to government and industry leaders on six continents. Most recently, Ms. Davis was the strategic U.S. advisor to the Irish Bishops Conference for the Vatican World Meeting of Families and the Papal Visit to Ireland.

Davis has worked with more than a dozen countries on issues ranging from economic crisis to nation building and trade expansion. And for decades she has been a strategic communications and public affairs consultant on U.S. military and veterans’ issues for the defense industry and to multiple Secretaries of Defense, DOD agencies, service branches and support organizations.

As a leader, business visionary and public speaker, Ms. Davis regularly consults on smart aging, health and wellness, and develops engagement and business opportunities for thought leaders, investors and entrepreneurs. She led the Global Irish Forum recommendation for Ireland to develop as a global hub for smart ageing technologies, products, design and services, and is a Founder and Board Director of Smart Ageing Living Labs of Ireland. A former producer of the White House Conference on Aging, she presently co-produces the Silicon Valley Venture Boomer Summits and “What’s Next” in the U.S.

A lifelong advocate for social entrepreneurship, democracy building and leadership development for women, she is Board Chair Emeritus of Vital Voices Global Partnership, the preeminent NGO that trains and empowers emerging women leaders in 115 countries. She was a Founder and the first International President of the International Women’s Forum, the global leadership organization now representing more than 7000 women of achievement. Presently she is the Board Chair for Razia’s Ray of Hope Foundation which supports the Zabuli Education Center and Razia’s Ray of Hope Institute, educating over 600 girls in rural Afghanistan.

Ms. Davis chaired the landmark U.S. Ireland Business Summit, creating the groundbreaking US-Ireland R&D Partnership, and has been formally recognized for her leadership by the Governments of Ireland and Northern Ireland.  She’s been named among the Top 100 Irish Americans, 75 Most Influential Irish American Women, and Top 100 Outstanding International Irish Business Leaders, and received the Flax Trust Award for Service to Northern Ireland. Along with Prince Charles and former PepsiCo CEO Indra Nooyi, Davis received the Global Empowerment Humanitarian Award in the United Kingdom.

In 2018, she won the Stevie Award for Lifetime Achievement in Business and the Bronze Stevie for Woman of the Year.  Among other awards, she was named a “National Woman Business Owner of the Year,” “Woman Business Advocate of the United States,” and received the National Association of Women Business Owner’s award for “Outstanding Achievement in National and International Public Affairs.” She received the University of Wisconsin Madison “Distinguished Service Award in the Field of Communications,” and the “Distinguished Alumni Award.” She also received the inaugural National Capital Public Relations Society Hall of Fame award, the Biz Bash Special Events Hall of Fame award, and the prestigious Order of Merit by the Knights Templar. Washingtonian Magazine called Ms. Davis one of Washington’s Most Powerful Women and the Washington Business Journal recognized her as one of the Washington DC region’s most influential business women.