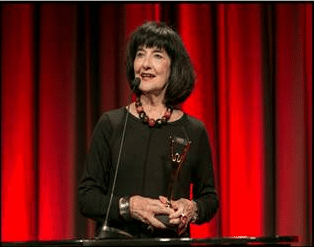 During the annual Stevie Awards for Women in Business ceremony in New York City, SDI received the Gold Stevie Award for Communications or PR Campaign of the Year for the Elizabeth Dole Foundation Hidden Heroes Campaign and a Silver Stevie Award for Women-Run Workplace of the Year – More Than 10 Employees – Advertising, Marketing, Public Relations and Business Services.

The Gold Stevie Award, celebrating businesses, organizations, and individual achievements in more than 60 nations, recognizes SDI’s role in the 2016 launch of the Hidden Heroes campaign for the Elizabeth Dole Foundation (EDF). EDF, founded by Senator Elizabeth Dole in 2012, is a non-profit organization strengthening and empowering America’s military caregivers and their families by raising public awareness, driving research, championing policy, and leading collaborations that make a significant impact on their lives. The Silver Stevie Award for a Women-Run Workplace of the Year – More Than 10 Employees – Advertising, Marketing, Public Relations and Business Services was awarded to SDI for the firm’s work with diverse clients ranging from nonprofits to corporations and government agencies. Competition for both Stevie awards was global.

The Stevie® Awards are the world’s premier business awards.  They were created in 2002 to honor and generate public recognition of the achievements and positive contributions of organizations and working professionals worldwide. Susan Davis; Donald Cardinal Wuerl, Archbishop of Washington; Roma Downey and Mark Burnett celebrating the dedication of the Museum of the Bible.

Winning the Stevie Awards capped a banner month for SDI. During November SDI spearheaded the grand opening of Museum of the Bible; the topping out ceremony for the National Museum of the United States Army, and the Elizabeth Dole Foundation and U.S. Department of Veterans Affairs’ 2nd National Convening: The Military Caregiver Journey.  SDI also supported the 20th anniversary of the Women’s Memorial and the groundbreaking of the WWI Memorial.

SDI salutes the team members whose outstanding work contributed to such an extraordinary month.