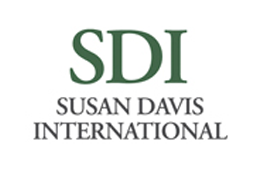 We knew all about the thousand yard stare long before we ever heard the term.  When those cold blue eyes did focus, being the object of his attention could be very uncomfortable. He was quick to laugh, and quick to anger, and the journey between the two did not take much time. He sang Irish lullabies while gently cradling his children, his beautiful tenor voice dripping with emotion.  When they drifted off to sleep, his mind drifted to another world, and he endured an endless succession of sleep deprived nights punctuated by the darkest of dreams.

From time to time, when the rage that seethed within him burst through the dams he had built, he would lash out at any perceived slight. His response often was far disproportionate to the provocation. When the damage was done, and his anger had subsided, he would be remorseful and repentant, determined that he would never again lose control, but that was a promise he could not keep. He knew he needed help, but he could not bring himself to ask for it. Seeking help would be an admission of weakness, and admitting weakness would have been humiliating.  He was a war hero, celebrated for his exploits. He’d fought with Darby’s Rangers, an elite American commando unit, from North Africa through Sicily to Italy.  In the harshness of January, 1944, at a little Italian crossroads town named Cisterna, many Ranger dreams ended.  Friends died, he lived, and thereafter tried as hard as he could to suppress the part of himself that kept replaying those mind numbing moments when the difference between living and dying was far beyond his control.

If surviving the war was lucky, then he got lucky twice. He married an exceedingly bright and  beautiful young woman, whose grace and strength sustained him through the many years it took to glue the scattered shards of his life back into place. Over time, he healed. The psychological wounds scabbed over, and if he would never again be the devil-may-care redheaded local sports star who went off to war, neither would he remain the night stalking soul who was wound so tightly that he found it impossible to relax for even a moment. He helped raise five children, working three jobs to ensure their needs did not go unmet. He took his sons trout fishing, sang with his daughters, and made sure they understood their responsibilities just as he understood his own.

We know a lot more now about the demons he sought to keep at bay. Back then folks would simply say “he had a tough go of it in the war”.  Now, we’d say he was suffering from posttraumatic stress disorder. But a clinical diagnosis does not a cure make. In the end, it was his destiny to fight in the largest war in history, and then to fight a very small, very personal war with himself that lasted long after the large war ended. Eventually he found peace, and became a wonderful husband, father, brother, and friend. He practiced his faith with the quiet assurance of a man whose faith has passed the most severe of tests, carried out countless acts of kindness, and was always ready with words of encouragement and a helping hand for friends and strangers alike. He was as good a man as one could ever hope to be….he was Dad.