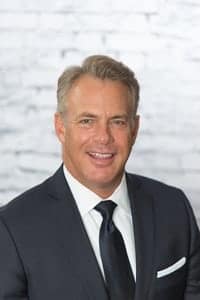 Spencer Geissinger is an experienced leader whose career has spanned politics, government, and the private sector – he has served in senior roles in multiple political campaigns, a governor’s office, the White House, the Department of State and most recently in multiple leadership positions in the private sector. Mr. Geissinger currently leads our Event Management Practice as well as leads SDI Business Development and our go to market strategies.

From 2007 until 2009, Mr. Geissinger was the Deputy Assistant to the President of the United States for Operations at the White House. In that role, Mr. Geissinger oversaw the seamless integration of dozens of military, security, and operational agencies and components involved in the execution of the Presidential traveling footprint. Mr. Geissinger was frequently the principal U.S. government negotiator on some of the highest profile and most sensitive diplomatic visits overseas.

Prior to joining the White House staff, Mr. Geissinger served as a Senior Diplomat in the U.S. State Department as Assistant Chief of Protocol for Visits and later as Deputy Executive Director of the 2004 G8 Summit, where he led nearly 500 employees and an interagency working group made up of nearly one hundred state, local, and federal entities in executing one of the largest international leader summit hosted in the United States at that time.

Mr. Geissinger has traveled extensively to over 110 countries on official business and in direct support of the President of the United States as a senior advisor. He was hand-selected to plan and execute the President’s final trip to Iraq and Afghanistan, one of a small number of secret missions to a theater of war in the history of the Presidency.

Earlier in his career, Mr. Geissinger held several other positions in the golf industry with the PGA Tour TPC, and ClubCorp as well as general manager of a top golf resort outside Las Vegas, Nevada. Additionally, Mr. Geissinger served in various consulting firms and worked on Capitol Hill as a staff member of the Senate Appropriations Committee for State, Justice Commerce and in the Senate Office of Paul Laxalt (R-NV). Mr. Geissinger resides in Washington, DC and attended the University of Nevada, Reno. He serves on the Board of Directors of the Federal Enforcement Homeland Security Foundation.