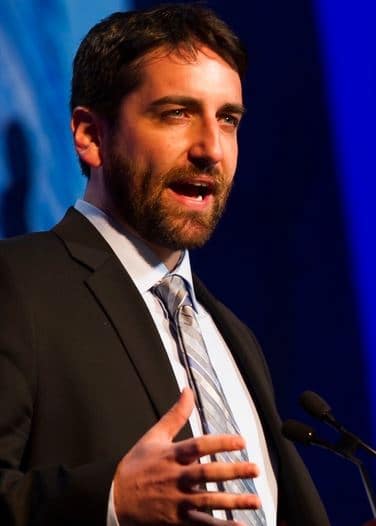 Sean O’Leary is a talented communications professional with nearly two decades of experience in journalism, marketing and public relations. Prior to joining Susan Davis International as Vice President, he most recently served as Director for the Merritt Group, leading a practice for technology companies focused on working with federal, state and local governments, as well as the Department of Defense.

O’Leary’s career began as a journalist, working as a daily newspaper reporter for The Chronicle in Willimantic, Connecticut, and subsequently as a staff writer for the Hartford Business Journal. His work earned him several honors from the Connecticut Society of Professional Journalists, including an award for his multi-part series on youth obesity. Upon switching careers to communications, he brought his storytelling experience with him to help clients craft engaging messages that resonate with reporters, partners, influencers, and customers

In addition to his time with the Merritt Group, O’Leary has also served as communications lead and spokesperson for the National MS Society, Connecticut Chapter, and the Newspaper Association of America (NAA). He had public-facing roles in each position, such as being a frequent TV news guest for the National MS Society in support of fundraising events and hosting an “Accelerator Pitch” contest during NAA’s annual convention.

Similarly, he led the global communications for Metalogix Software from 2011-13, as the company undertook a worldwide expansion that included the opening of new offices across Europe and Asia.

He relies on his unique background across journalism, marketing, internal public relations and agency public affairs to develop stories and media narratives that appeal to the right audiences.

Born in San Francisco and raised in Connecticut, O’Leary graduated from The George Washington University with a Bachelor of Arts degree in Political Science.