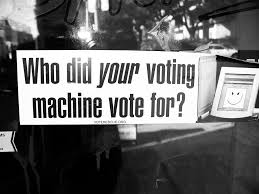 On this day, it would be hard to write about anything other than the wildest, craziest election the country has ever experienced. And no, it’s not this one, despite what you might think.

In 1876, Republican nominee and former governor of Ohio, Rutherford B. Hayes, ran against former governor of New York, Samuel Tilden. Shockingly, the campaign degenerated into a series of personal attacks on the character of both candidates. In the end, Tilden won the popular vote by more than 250,000 votes, garnering roughly 51%.

However, raise your hand if you remember President Tilden. Rutherford B. Hayes had the good fortune to have Daniel Sickles on his side. Sickles was best known for having shot the son of Francis Scott Key in Lafayette Park in broad daylight and getting off scott free after claiming temporary insanity, although his subsequent exploits in the Civil War, during which he lost a leg as well as most of the Corps he commanded at Gettysburg, also won him renown. Sickles refused to accept Hayes’ defeat, forged the signature of the apparently drunk Chairman of the Republic National Committee to ask Republicans in Georgia, South Carolina and Florida whether they could hold their states for Hayes, and set in motion a chain of events that led to the creation of a commission that ultimately handed the election to Hayes by one electoral vote.

Now that we’ve put this year’s election in historical context, it’s interesting to look at one of the underlying story lines of the 2016 election, which features Russia hacking the election to disrupt American democracy. It seems apparent that Russia is taking great delight in the commonly held belief that it has both the ability and intention to interfere with the presidential election. Last month, the U.S. intelligence community said the Russian government was responsible for stealing and leaking tens of thousands of emails from accounts used by Democratic National Committee staff and John Podesta. In a joint statement, intelligence agencies declared “These thefts and disclosures are intended to interfere with the U.S. election process,” and said “We believe, based on the scope and sensitivity of these efforts, that only Russia’s senior-most officials could have authorized these activities.”

The nation’s secretaries of states sent a letter to Congress meant to assure voters that the national election cannot actually be hacked in the commonly understood way a hack might occur. The letter said, in part, “Election officials are working overtime to help the public understand the components of our election process and some of the built-in safeguards that exist. Elections are largely administered by states and localities. Voting systems are spread out in a highly-decentralized structure covering more than 9,000 election jurisdictions and hundreds of thousands of polling locations. Machines are standalone and do NOT connect to the Internet. There are multiple layers of physical and technical security surrounding our systems.”

Of course, not being able to actually hack into machines to change votes does not mean a foreign power cannot influence the election. Clearly, the steady drips and drabs of information have fueled an ongoing narrative that will continue on the other side of the election. Two colleagues at the Harvard Kennedy School Belfer Center for Science and International Affairs have written an interesting paper that seeks to answer to key questions. One, how concerned should we be about election cybersecurity? Two, how vulnerable is the United States to a foreign power or other actor trying to undermine the public’s confidence in our elections? They offer a number of recommendations for improving the security of our national elections that are worth consideration.

One uplifting note, by tomorrow the election of 2016 will be history, and we can dust ourselves off and start moving on. In the meantime, remember to vote early and often.