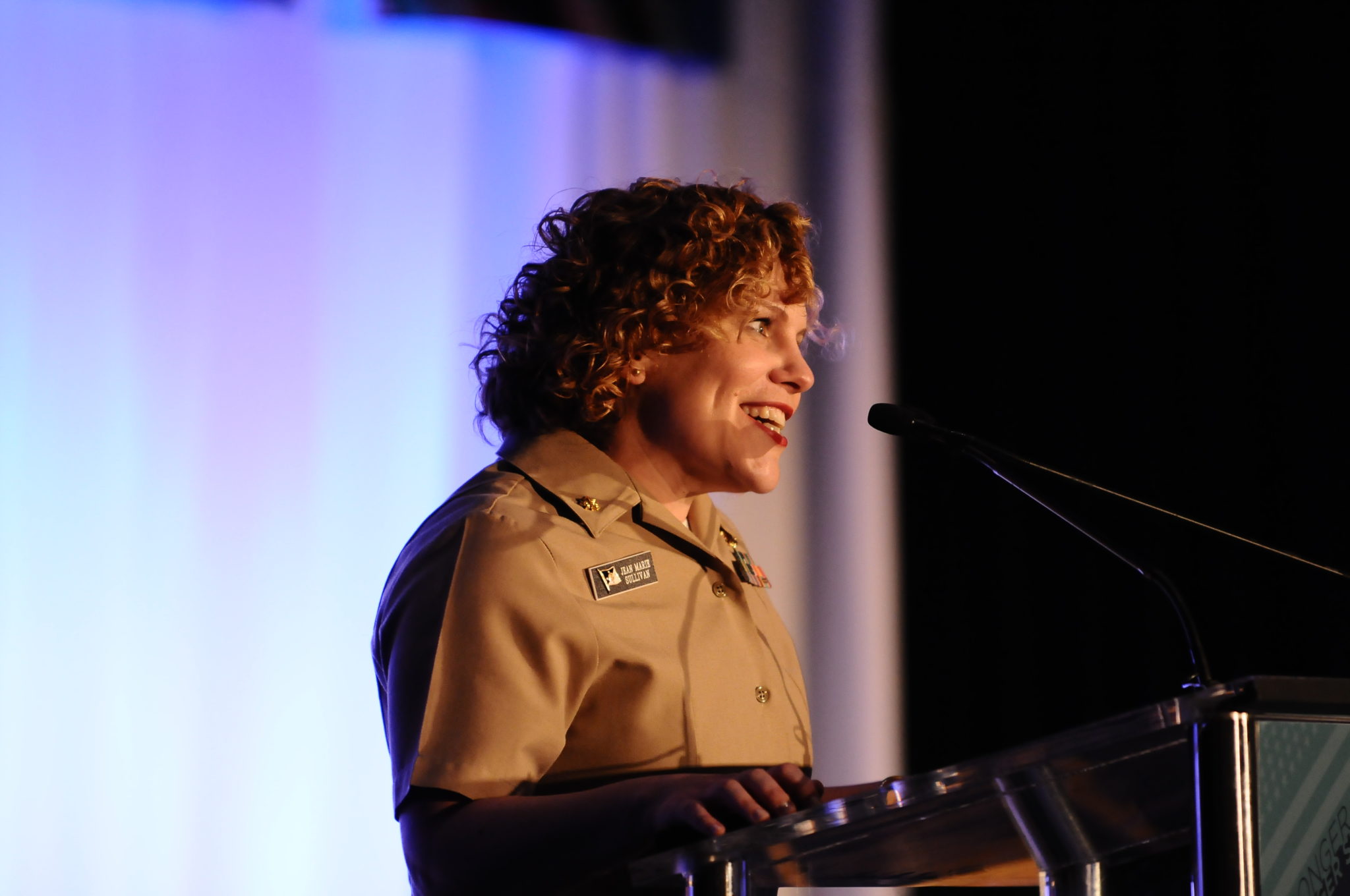 LCDR Jean Marie Sullivan is the first military person that I’ve ever actually met. I was quick to define anyone in a uniform. Feeling uncomfortable and intimidated, I thought to myself, they must be very stuffy. After meeting her, everything changed.

Jean Marie heads the production of the Joint Women’s Leadership Symposium for the Sea Service Leadership Association and was a longstanding client of SDI’s. I vividly remember meeting her for the first time.

Three years ago, a petite, bubbly,  5’1” curly haired blonde walked through the offices of SDI as if she was in her own apartment. She helped herself to the office drinks in the fridge and sat down in the conference room. She welcomed me and Lisa Miller into the conference room as if she was hosting us. Jean Marie kicked off the meeting by talking a bit about her personal life and made a few jokes about some dates she had been on – I felt immediately at ease and I knew that nothing was going to be as I originally expected.

As we switched topics to the one at hand I could tell how much the Joint Women’s Leadership Symposium meant to her, and the importance of making sure that it happened each and every year. This was a gathering that impacted women’s lives and the only one of its kind. I don’t think I realized at the time what an honor it was to be a part of something so vital.

Her energy filled the room as we discussed possible themes.   I scribbled on a giant note pad as the ideas gushed out. What did we want to accomplish? What taboo topics needed to be discussed? What sessions would provide support for those who feel like they had none? I was worried about chiming in – I wasn’t in the military, what would I know about having to keep quiet or feeling like a subordinate? But I did know about these things that all of us go through, and I realized that the conference was first and foremost about women, and I could relate even though our lives might be very different.

This year is her last year overseeing the conference after orders came through for her move to Italy. Her passion behind producing this conference and making it as meaningful as possible is clear to every attendee.  Through all the hard work, long hours, and conversations in between, I consider Jean Marie not just a client but a dear friend.

In May, for National Military Appreciation Month, I would like to thank Jean Marie Sullivan for her service, all the work she has done for the Sea Service Leadership Association, and all that she has taught me in the few years I’ve known her.