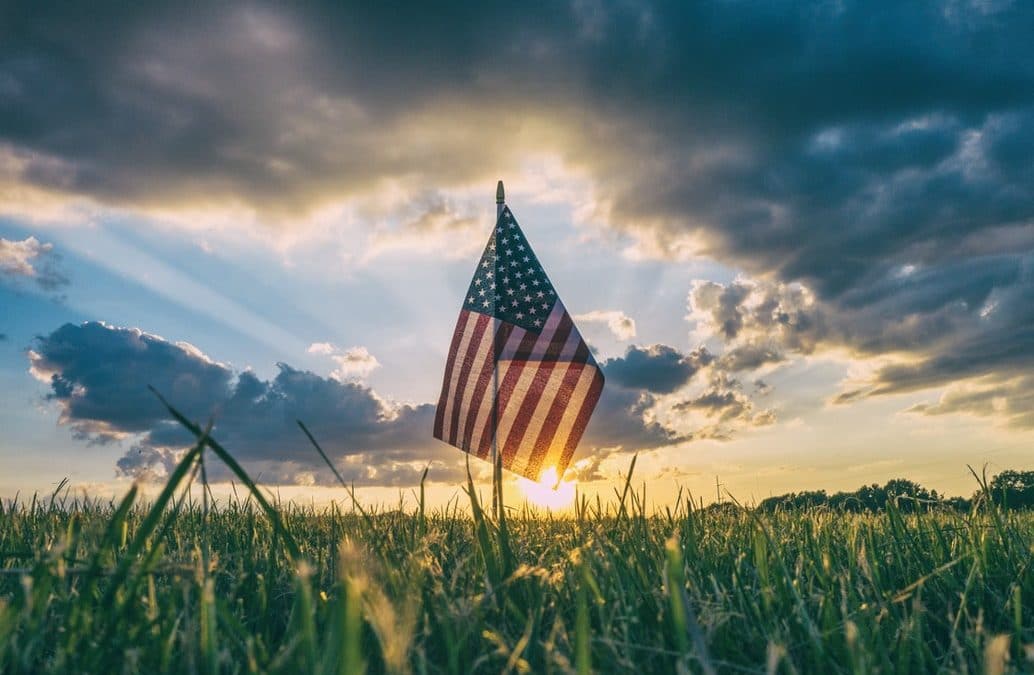 During these times of great unrest and uncertainty, a look back at the stories of those who similarly faced an unknown fate with courage and discipline can bring a source of comfort and consolation. To all those who make up the memories of Memorial Day …

They were butchers, and bakers, and mechanics, and farmers, factory workers and loggers. There were tenement toughs and country boys, and small town kids far more familiar with the distant shine of the stars in the skies than with bright city lights. What they had in common was outer toughness and inner steel. They were willing to push themselves more than other men, master their fears, lose the flight instinct, hone the fight instinct to a razor’s edge.  Individually, each made a choice to follow a legendary warrior into battle during World War II. His name was William Orlando Darby, and they were Darby’s Rangers.

In early 1942 the war was not going well for Allied forces. General Lucian K. Truscott, Jr. received approval from Army Chief of Staff George C. Marshall to organize an American combat battalion modeled after the British commandos. They were looking for volunteers with superior leadership qualities, soldiers who coupled excellent athletic ability with initiative, sound judgment, and common sense.  And, oh yes, if you had skills such as self-defense, marksmanship, scouting, mountaineering, seamanship, small boat handling, and/or demolition you were especially desirable. These men would be rigorously trained by British commandos, mastering night fighting and hand to hand combat, and would be led into combat by Colonel Darby, a distinguished graduate of West Point.

For the next year and a half, Darby’s Rangers fought and died in battles ranging from North Africa to Sicily, to Italy. They spearheaded assaults, infiltrated enemy lines, rappelled down cliffs and crawled through drainage ditches. Their reputation grew. Their number shrank. Bitter fighting in close quarters amid the snow and ice of the Italian mountains took a daily toll.  But their spirits never flagged. These were tough men who understood that when they joined the Rangers they’d made a commitment to their country, to themselves, and to their fellow Rangers.

In January 1944, Darby’s Rangers were summoned to a fateful mission. After landing at Anzio, Allied forces were bogged down. The Rangers were ordered to lead a breakout, infiltrating enemy lines to seize a little town that sat in the foothills overlooking Anzio. The town was Cisterna, a place about to become infamous in Ranger lore.  At 0100 on January 30th, 1944, the 767 men who made up the 1st and 3rd battalions of Darby’s Rangers began to slip through the darkness toward Cisterna. Army intelligence had predicted Cisterna would be lightly defended. That particular intelligence was dramatically mistaken.

Using knives and bayonets to silence the German sentries they encountered, the Rangers moved steadily toward their target. But the resistance they were meeting was a stark warning of what lay ahead. A brilliant dawn found them in a field just outside Cisterna, surrounded by thousands of German troops backed by tanks, artillery, and heavy machine guns. The Rangers had found what Army intelligence had missed, a massive buildup of German forces poised to strike the Allied army exposed on the Anzio beachhead.

Over the next several hours the Rangers fought with rifles, pistols, sticky grenades, and bazookas.  But gradually, their guns grew silent. By noon the two battalions in the field outside Cisterna ceased to exist.  767 men crawled toward Cisterna that night, only six came back.

The 4th Ranger battalion tried desperately to break through to rescue their beleaguered brothers, to no avail. Within a few weeks, the surviving Rangers were temporarily attached to the Canadian-American 1st Special Service Force. Darby’s Rangers were no more. As for Colonel Darby, he survived Cisterna, but in a last bitter twist of fate, as the war drew to an end, William Orlando Darby was killed by an exploding artillery shell.

The loss of the Ranger Force at Cisterna, while devastating, was not in vain. Their unveiling of the impending German counterattack, and the toll they took as they fought to a terrible end, delayed the German attack for two days, enough time for the Allied forces to prepare, sustain, and ultimately prevail. Had the Germans been able to attack earlier, the outcome might have been very different.

I am reminded of all this by the recent news that a monument to General Darby (yes, general, he was promoted posthumously) was just dedicated in his hometown of Fort Smith, Arkansas. It is a singular honor befitting a man who gave so much to his country.

As for Darby’s Rangers, long ago those Rangers secured a special place in the hearts of our family. *Staff Sergeant Edward L. (Pooch) Davis was one of the young men who followed Darby into battle. He came home, built a life, but never for a moment forgot the other young men who were not so fortunate. He’s gone now, but his legacy lives on in his children and his children’s children. On this Memorial Day, we remember Pooch, and Darby’s Rangers, and gratefully salute the sacrifices made by generations of young men and women who have shed blood, sweat and tears in defense of this great nation.

*Staff Sergeant Edward (Pooch) Davis, 3rd Ranger battalion, was father to the author, SDI Vice President Tom Davis, and CEO Susan Davis, as well as Jim, Anne and Jayne. He was among the fortunate, and his luck grew even greater when he married Vivian Chellburg. Well done, dad.

In a small town, the kind of town where doors were never locked, seen through the eyes of the children, Memorial Day was an exciting experience … And everywhere, there were poppies. https://www.susandavis.com/tom-davis-remembering-memorial-day/

Memorial Day is Every Day

I took a deep breath and clenched the single red rose in my hand as I entered Section 60 at Arlington National Cemetery. https://www.susandavis.com/categorysdi-blog/

The attack was the largest in military history, involving 1.2 million American soldiers. The battle became the bloodiest operation of World War I for the American Expeditionary Force. https://www.susandavis.com/on-the-29th-we-remember-the-36th/

I have flown 1500 hours now, and in those hours I could tell you a lifetime story …  I dream of Valerie’s hand touching mine telling me to come home; but I wake up, and it’s some sergeant telling me I have to fly. Today I am 21, far away but coming home older. https://www.susandavis.com/in-memoriam/