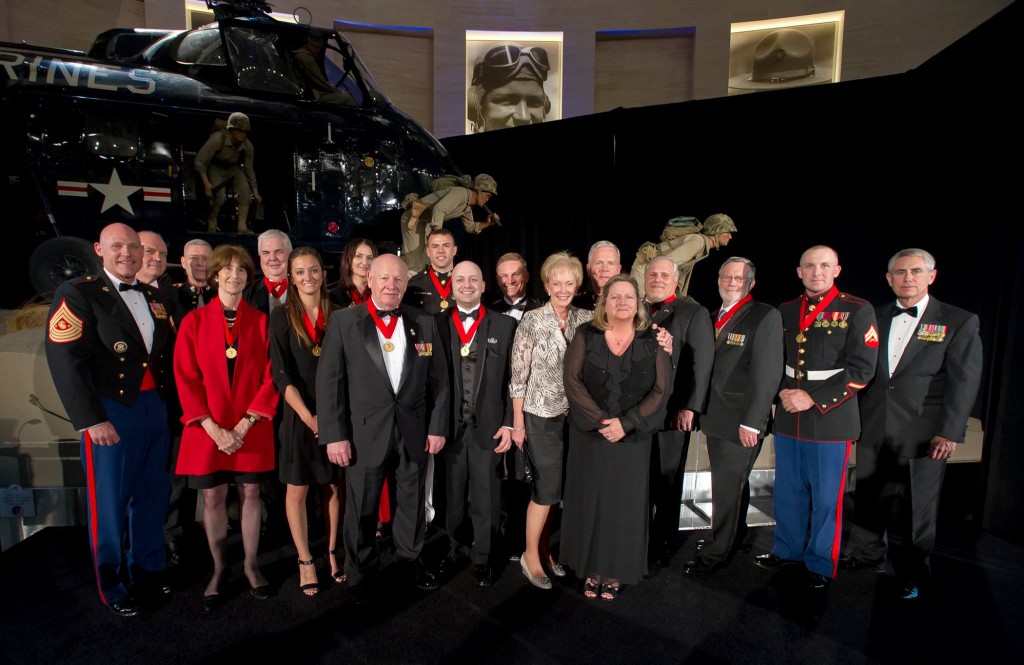 Dumfries, Va. – The Marine Corps Heritage Foundation is pleased to announce the recipients of the Foundation’s 2014 Annual Awards. The Honorable John Glenn will be presented the Lieutenant General John A. Lejeune Recognition for Exemplary Leadership, and Mr. Charles C. Scianna, Jr., president of Sim-Tex, L.P. will receive the Heritage Award for his support of the Foundation. Sixteen additional winners from across the nation will be recognized for their exemplary portrayal of Marine Corps history, culture and service in a broad range of fields, including photography, documentaries, journalism, poetry, nonfiction and fiction writing. The 2014 recipients will be recognized during the Annual Awards ceremony on April 26, at the National Museum of the Marine Corps, in Triangle, Va.

A distinguished group of judges, including editors, photographers and Marine Corps personnel, chose the 2014 winners. This year’s judges included actor, Marine Corps veteran and founder of Arts in the Armed Forces (AITAF), Adam Driver, and actress and AITAF’s Artistic Director, Joanne Tucker. Driver, who was nominated for a 2013 Emmy for his role in the popular HBO series “Girls” and has acted in such recent movies as “Lincoln” and “Inside Llewyn Davis,” enlisted in the Marine Corps following the attacks of September 11, 2001.

“As fewer Americans have a direct connection to the Marine Corps, it becomes increasingly important to recognize works of art that truly capture the experience of the United States Marine,” said Lt. Gen. Robert R. Blackman, Jr., president and CEO of the Marine Corps Heritage Foundation. “The Marine Corps Heritage Foundation’s Annual Awards provides us an opportunity to highlight those creative works that showcase the rich culture and history of the Corps, in a way that educates and engages the nation that our Marines proudly serve.”

This year’s recipients have produced work published in such nationally recognized outlets as GQ magazine and U-T San Diego. The awardees also include powerful, personal artistic expressions, including a Marine’s charcoal self-portrait and a documentary honoring a brother killed in action.

2014 recipients are listed on the Awards page of the Foundation website.