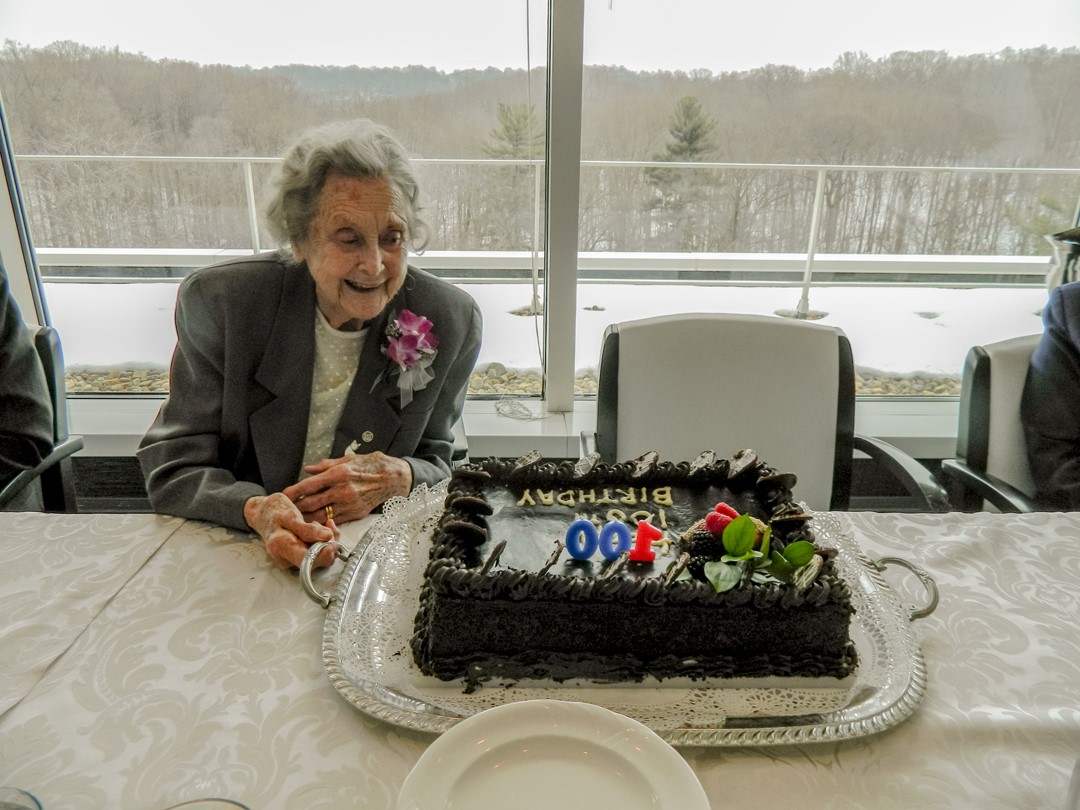 One hundred years old, how else is Betty McIntosh remarkable? She gave 40 of those years to our nation in the field of intelligence. Yes, she was a spy, one of the few courageous women to work overseas for the Office of Strategic Services (OSS) during World War II, and then for the agency it generated, the CIA. Although very much in a male environment, she took a back seat to no one. What did she do? Once a spy, always a spy – she’s not saying, even now, other than use her communications background to the fullest.

Betty turned 100 March 1, the first day of Women’s History Month. It’s a fitting coincidence given her career and pioneering spirit. But it’s no coincidence that she along with other exceptional historic and contemporary women land in our thoughts this month.
Women’s History Month began in 1978 as a weeklong celebration in a California school district. By 1987 it had caught on across the country and Congress proclaimed March the month of celebration.

This year, SDI applauds another very accomplished woman honored. SDI client LUNGevity chose the month as a platform to name Dr. Julie Brahmer, groundbreaking researcher in immunotherapy for lung cancer patients, its March LUNGevity Hero. In its release on the announcement, LUNGevity captured the essence of what constitutes entry into the fellowship of notable women: “LUNGevity is fortunate to be witnessing first-hand the extraordinary impact Dr. Brahmer’s work has had and will continue to have on those fighting the disease.  We are entering a revolutionary time for lung cancer research and Dr. Brahmer is at the forefront.”

Beyond our nation’s borders, Sunday marked International Women’s Day, an annual event celebrated on March 8 since 1911 that ever more creatively refocuses attention on women’s political, social and economic impact in the world, and the barriers that remain to full equality.

In one example, the Clinton Foundation removed images of women icons from public media across New York to call attention to gender equality and drive online traffic to its “No Ceilings” initiative launched the same day. No Ceilings is a data-driven path to full participation by women in the 21st century.

In another, Vital Voices sponsored 72 Mentoring Walks in over 51 countries to connect women leaders with upcoming generations in a mentoring exercise, building supportive bonds and momentum. Vital Voices is an incubator and accelerator of extraordinary women around the globe who demonstrate leadership potential in their communities, often in the face of great odds.

SDI salutes the sung and unsung women who rise beyond their times and circumstances as enduring role models for generations to come.

Women’s History Month and International Women’s Day are needed reminders of where we’ve been, and where we’re going.