JOHN GLENN TO BE RECOGNIZED AT 2014 ANNUAL AWARDS 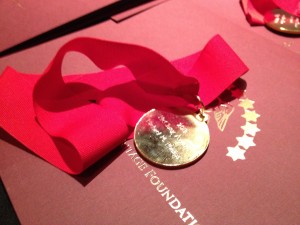 Dumfries, Va. (December 22, 2013) – The Marine Corps Heritage Foundation today announced that Senator John Glenn will be presented the Lieutenant General John A. Lejeune Recognition for Exemplary Leadership. This honor recognizes “demonstrated leadership in ones chosen profession, appointed or elected position that is clearly exemplary and worthy of emulation. The recipient must epitomize the core values of Honor, Courage, and Commitment; and practice the leadership traits and principles ascribed to by the United States Marine Corps.” The Foundation also announced that the artistic team of Arts in the Armed Forces, founded by actor and Marine Corps veteran Adam Driver and his wife Joanne Tucker, will serve as guest judges for the Sergeant William Genaust Award for best documentary short subject. The Marine Corps Heritage Foundation is still accepting nominations in more than a dozen categories in journalism, writing, video production, drama, combat art and historical preservation. The deadline for nominations is January 8, 2014.

John Glenn is a highly decorated Marine with a storied career in public service. The bombing of Pearl Harbor inspired Glenn to join the military. He was commissioned into the Marine Corps in 1943 and flew combat missions in the Pacific Theater during World War II and the Korean War. Following the wars, Glenn was selected as one of the nation’s first astronauts and, in 1962, became the first American to orbit Earth. Senator Glenn was elected to represent Ohio in the U.S. Senate in 1974, serving as senator for more than 20 years. In 1998, Senator Glenn returned to space as a member of the Space Shuttle Discovery crew, earning him the record of oldest human to travel into space.

The mission of Arts in the Armed Forces (AITAF) is to honor, educate, inspire and entertain all active duty and veteran members of the armed forces through the performing arts. Through these performances, AITAF seeks to bridge the gap between the military and performing arts communities. Adam Driver, who was nominated for a 2013 Emmy for his role in the popular HBO series “Girls” and has acted in such movies as 2012’s “Lincoln” and this year’s Coen brothers’ release, “Inside Llewyn Davis,” enlisted in the Marine Corps following the attacks of September 11, 2001. He served with First Battalion, First Marines, Weapons Company, 81st Platoon, rising to the rank of Lance Corporal.

Reporters, writers, photographers and other artists may submit their own work, or nominate someone else’s work for award consideration. The awards submissions will be reviewed by a distinguished and diverse panel of editors from major regional and national media outlets, as well Marines, authors and noted photographers. Awards will be presented at the Foundation’s annual ceremony at the National Museum of the Marine Corps on April 26, 2014.

For a detailed list of the awards as well as the submission requirements, please visit: http://www.marineheritage.org/Awards.asp.