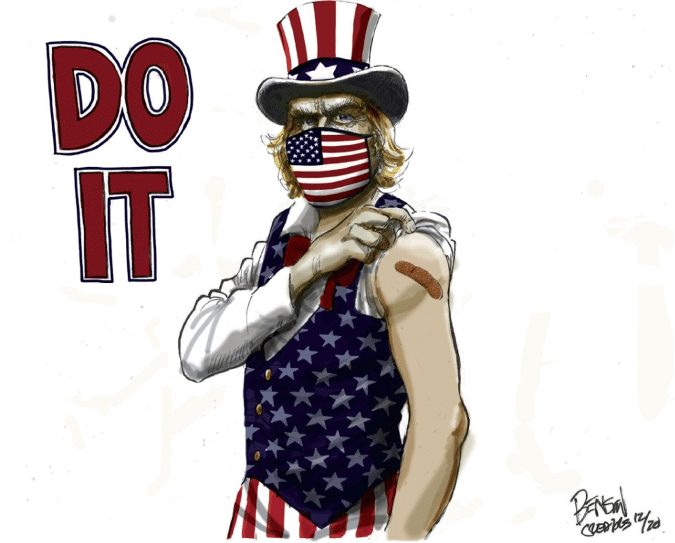 Well, maybe not the best of years, but as challenging as 2020 has been, we are grateful for the good  that came our way, and most especially grateful for the good health of our team, clients, colleagues and our friends. The nature of our business changed but we, like everyone else, just kept moving.

As the pandemic hit,  it took a few weeks to get our bearings, but then it was full steam ahead. There was work to be done; relationships to be built; problems to be solved; news to be broken, crisis to be put down and history to be made!  As Albert Einstein once said, “in the midst of every crisis, lies great opportunity”. 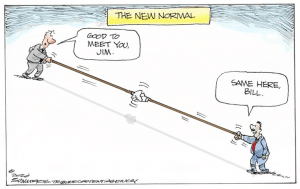 We worked with the Elizabeth Dole Foundation, and the Department of Veterans Affairs, who announced the creation of the Campaign for Inclusive Care for military caregivers at the National Press Club. 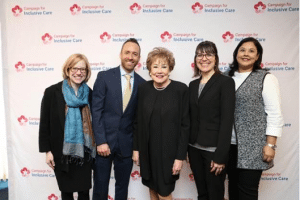 We worked with LUNGevity to organize a Capitol Hill briefing for legislators and media to announce the Lung Cancer Scorecard, a first-of-its-kind report card for states on their response to lung cancer. 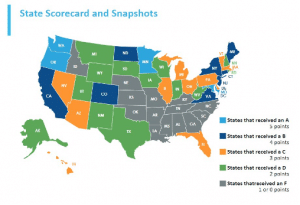 And we helped the National Desert Storm and Desert Shield Memorial announce an eye-opening $10 million donation from the Kuwait government. 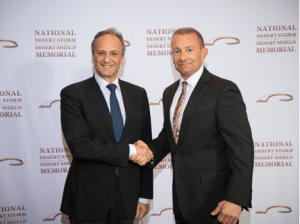 We supported the Marine Corps Heritage Foundation and the National Museum of the Marine Corps on the opening of its “No Better Friend” exhibit that highlights some of the non-combat missions Marines undertake throughout the world, including their humanitarian work. 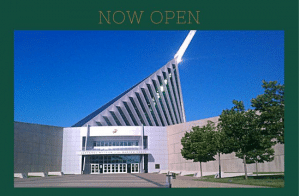 And Along Came Covid

We left the office on March 17 (we had to celebrate St. Patrick’s Day) and planned to return in a few weeks. Like the rest of America,  there were a lot of surprises in store. Like most we immediately became more acquainted with Slack and Zoom, and less acquainted with dress pants. 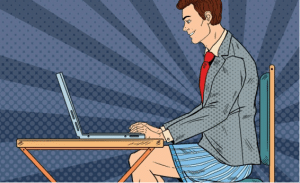 Virtual became the norm for Congressional briefings; for media interviews; for events of all types. Our crisis response team went into overdrive, as our clients found themselves in unknown and unfamiliar territory, dealing with Covid response; employee issues; health care issues; market expansion; regulations and restrictions galore. We are grateful for the great relationships we’ve built over the years which came in handy when we couldn’t physically go to a meeting!

Throughout and despite the pandemic, SDI’s clients made 2020 a year to remember – for good reasons. 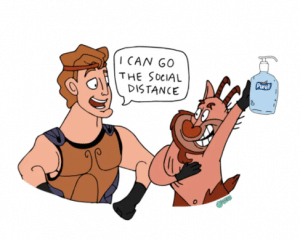 Our on-site team at the Defense Health Agency grew in numbers in 2020 to keep pace with the need for raising awareness and sharing vital details about COVID-19. The team stood up a dedicated COVID-19 resource page that has been updated daily all year long with articles, graphics, videos, and FAQs, all of which have received millions of pageviews since March. 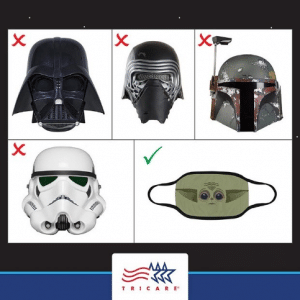 We supported our clients Perspecta, as they adapted to new contracts and the changing environment, and Maximus who are fighting the pandemic from the contracting side, providing valuable resources to the federal and state governments for contact tracing, COVID-19 testing, and alleviating backlogs for citizen services.

We introduced Theia Group Inc, a groundbreaking global aerospace company, to federal and state legislatures and supported them as they made big news with the announcement of the Orion Center, a new facility in New Mexico to assemble, integrate and test their groundbreakings satellites, ultimately creating thousands of jobs. The Mayor of Albuquerque New Mexico even held a press conference in the desert! 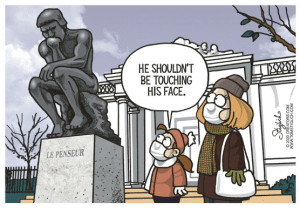 We also organized a 3-day virtual “What’s Next Longevity Venture Summit” for MFA including a virtual exhibit hall, giving companies a unique opportunity to interface with attendees and a digital media room for marketing and media partners.

We turned the Sea Services Leadership Association annual global conference for women in the military,  the Joint Women’s Leadership Symposium (JWLS), into 13 webinars. From August to December, the webinars offered virtual professional development for military servicewomen and veterans around the world.

We’ve worked with Employer Support of the Guard and Reserve (ESGR) for more than a decade. Each  year ESGR honors employers with its annual Secretary of Defense Freedom Awards at a Pentagon ceremony which SDI helped organize. It couldn’t happen this year, but we produced a video on the winners that was featured during the virtual National ESGR Week.

On Veteran’s Day, The National Army Museum opened after many years of planning. SDI worked with the Army Historical Foundation to deliver media coverage across the country for this first national museum to tell the rich heritage of 245 years of U. S. Army history. 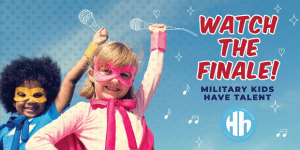 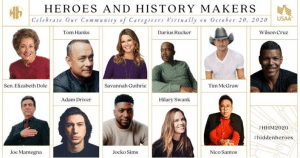 We were so privileged to support The Women’s Military Memorial as they offered a final salute to Justice Ruth Ginsburg prior to her burial at Arlington Cemetery. Justice Ginsburg’s burial plot overlooks the Military Women’s Memorial. So fitting as women in the military are treated far more equitably thanks to the perseverance of Justice Ginsburg. 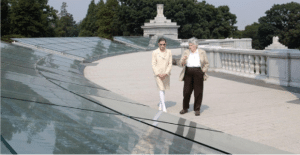 We continued to support Razia’s Ray of Hope Foundation which re-opened the doors to its school in Afghanistan this past September with over 700 girls streaming through. Thanks to a generous donor, construction has just begun on a second building that will begin to meet the need of the 300 kindergarten girls who have been on the waiting list. 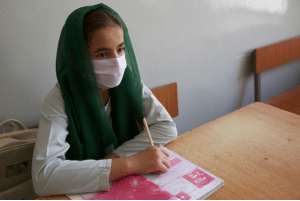 And as food insecurity became a national crisis, SDI expanded its commitment, on behalf of our clients and employees to fund Thanksgiving and Christmas meals through Food & Friends and the Capital Area Food Bank. 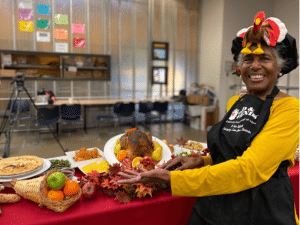 With time for more creativity, SDI VP Tom Davis began a highly popular  blog series ranging from a light-hearted look at toilet paper to planning for an uncertain future. 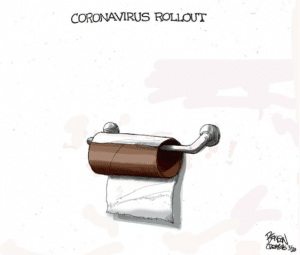 As remote interviews became the new norm, Sean O’Leary, Vice President discussed how to prepare for and nail your remote media interview. 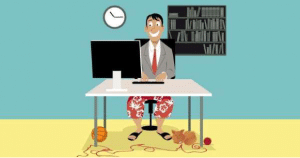 And SDI’s Abby Eastman discussed the future of events during a wide-ranging podcast interview in November that received rave reviews. 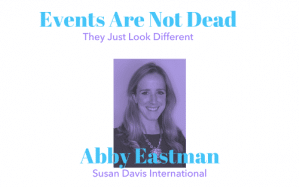 SDI is launching the first ever military events calendar early in 2021; a new YouTube series, #AskSDI, and strategizing with our clients as they plan for a vibrant and expansive new year, full of hope, promise, and lots of “connection”.

So Onward to Bigger and Better and More Together in 2021! Happy New Year! 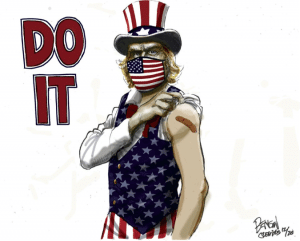