The Children Were Nestled All Snug in Their Beds, While Visions of Cyber Breaches Danced in Their Heads? 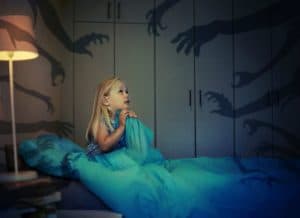 Let’s accept that most children around the world will not go to sleep on Christmas eve dreaming of cyber beaches. Most probably won’t think about cyber breaches on Christmas Day either, and that’s a good thing. But those who celebrate Christmas, along with children in nations where Christmas is not celebrated, are not likely thinking much about cyber breaches on any other day of the year either, and that is not a good thing.

Access to the internet is taken for granted by millions of children around the world. In fact, that access has been expanding exponentially. Forget the family computer, nearly half (45%) of American children ages 10-12 have their own smart phone, with a service plan. Their younger brethren must find ways to compete. A study by Common Sense Media suggests that 42 percent of children eight and under have their own tablet devices. Must be a shock to examine your bill and learn your five-year-old is hogging all the minutes.

Obviously, access to the internet carries with it both upsides and downsides, the latter of which go well beyond becoming dependent on Google for every answer in life. Online predators can take advantage of the growing legion of applications that track locations. Personally Identifying Information is far too accessible, way too many images are posted that can be harvested, and it’s relatively simple to offer some nifty app whose download will embed malware.

Fortunately, there are some intrepid souls who recognize the looming problem and have charged into the (potential) breach. The National Cybersecurity Alliance works with schools to create a culture of cybersecurity. The National Institute for Cybersecurity Education, (NICE), recently hosted two conferences that enabled experts from industry and academia to share strategies to help educators teach youngsters how to use good cyber hygiene. One of the speakers at the NICE conference, high school junior Kyla Guru, has a website that does a wonderful job of engaging her contemporaries on cybersecurity. Bearing in mind that habits engrained at an early age tend to follow us through life, it makes a whole lot of sense for cyber educators to focus on the legion of younger technology users.

No doubt the number of children who own smart phones and tablets is about to expand. One hopes those who give them as gifts offer an additional gift — the opportunity to learn the responsibility that must go along with easy access to the internet.