A New Class of Heroes 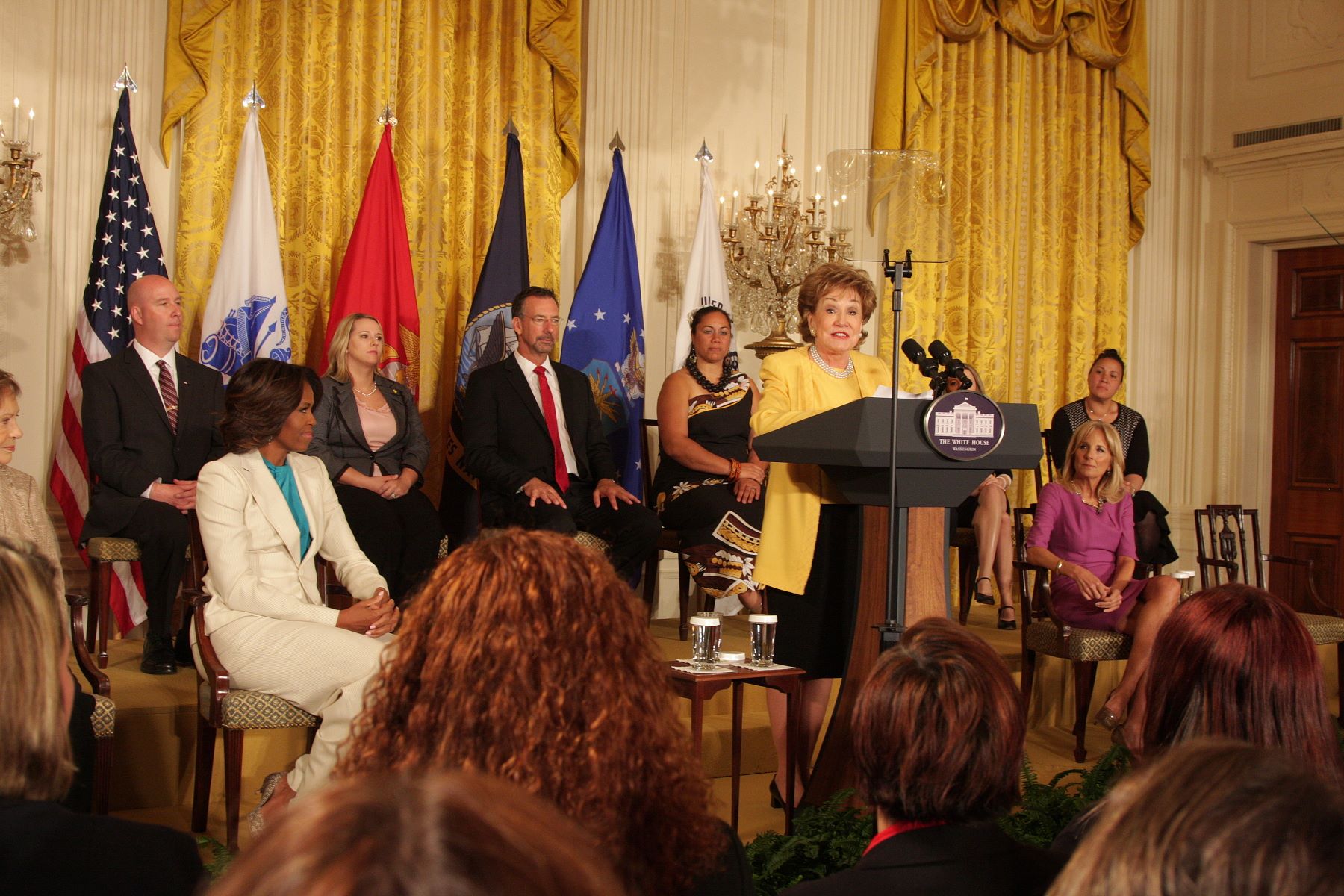 Our team is proud to be supporting a remarkable organization, led by a dedicated public servant, to raise awareness and support for a largely undiscovered class of heroes – the caregivers of our wounded warriors. The Elizabeth Dole Foundation, founded by Senator Elizabeth Dole, is building a national coalition of public, private, nonprofit and faith organizations to call our nation’s attention to the tremendous service provided by the loved ones caring for ill and injured veterans. Senator Dole joined First Lady Michelle Obama, Dr. Jill Biden and former First Lady Rosalynn Carter to formerly launch Hidden Heroes: The National Coalition for Military Caregivers at the White House.

The Foundation commissioned a RAND Corporation report of military and veterans caregivers, which was unveiled at the National Press Club. The report is full of statistics and findings that are both eye-opening and alarming. Perhaps the two numbers that stand out the most are 5.5 million and 15 billion. The report found that 5.5 million people are serving as caregivers to service members and veterans, and the collective, unpaid service they provide is worth approximately $15 billion annually. The emotional, physical and financial stress of shouldering these incredible responsibilities is taking its toll on the caregivers. This piece by Diane Sawyer did a wonderful job showing how the statistics play out in caregivers’ everyday lives.

Following the release of the report, SDI arranged a week in Washington for nearly 60 military and veteran caregivers – named Elizabeth Dole Fellows – to share these findings and their personal perspectives with nonprofits, media, the U.S. Department of Veterans Affairs, more than 100 members of Congress and the White House. In just the first weeks of this coalition, legislation has already been introduced, dozens of organizations have signed on to support, and stories about the challenges facing caregivers have run on national and local media outlets across the nation.