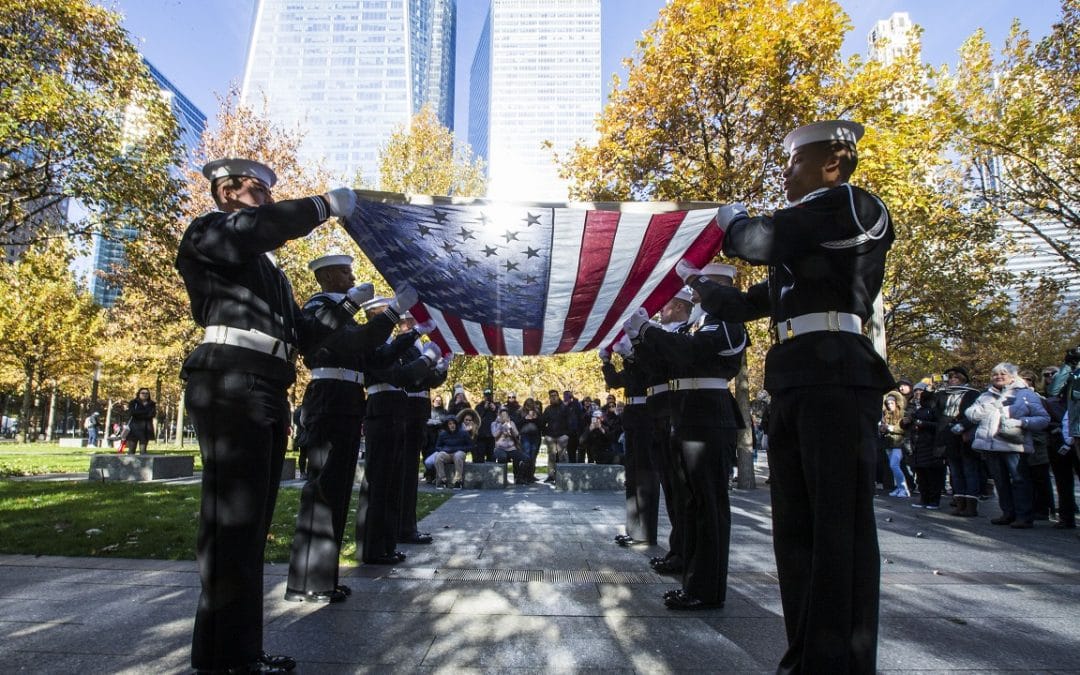 For the generations that bore the brunt of World War II, one date was indelibly etched in their minds… December 7, 1941. Overnight, America was thrust into a war that would fundamentally redefine our role in world affairs.

Today, for much of the nation, there is another moment that, symbolically, is equally defining. Fittingly, in a more cryptic age, it is … 9/11. On the 11th day of September 2001, America awakened to terrorist attacks carried out by Islamic extremist group Al-Qaeda.

Within days, together with allies in the international community, the United States launched “The Global War on Terrorism.” Al-Qaeda was based in Afghanistan, operating under the protection of the Taliban who controlled large swathes of the country. By December of 2001, the Taliban regime in Afghanistan had collapsed, with much of its surviving leadership fleeing to Pakistan. A new era was born in Afghanistan, and an ancient tribal society moved by fits and starts toward an uncertain future.

Twenty years have passed, some wounds have healed, and others have been opened. In an ugly reminder of our limited ability to readily change the course of history, the Taliban again control Afghanistan. Twenty years of blood, sweat and tears have taken an enormous toll. We, and our allies, have lost thousands of soldiers. Over 20,000 servicemembers have been wounded in action. Afghan civilian losses exceed 70,000 and are mounting daily. As a chaotic and unsightly exit unfolds, an obvious question emerges, was it worth it?

The answer is elusive and shaped by personal experience. While the American public was broadly supportive of attacking Al-Qaeda in Afghanistan, when war extended to invading Iraq, controversy ensued. Our servicemembers always respond dutifully when called upon, and execute their responsibilities skillfully, but in our hyper-communicative age they are keenly aware of criticism and at some point, morale begins to suffer.

In 2004, the Department of Defense (DoD) launched what became the largest DoD community relations program since World War II. We worked with the Office of Public Affairs to create a far-reaching program that enabled even those who were critical of the decision to go into Iraq, to show that they supported the men and women who were selflessly doing their duty.

As the military efforts in Afghanistan and Iraq expanded, the National Guard and Reserve were asked to play a major role. Guard and reserve units comprised nearly 45 percent of the force sent to Afghanistan and Iraq, becoming increasingly critical components of our military.  Many left jobs and families, and employers shared some of the impact of deployments.

In 2006, we began working with Employer Support of the Guard and Reserve (ESGR), a DoD program that promotes cooperation and understanding between members of the Guard and Reserve and those who employ them. For over a decade, we helped ESGR remind employers to protect the jobs of those employed, and recognize those who went above and beyond in so doing. Employers stood steadfastly behind their Guard and Reserve members, including, memorably, a small dairy operation in Iowa that sent folks to paint the fence and babysit for one of their deployed employees.

America soon became familiar with what were known as the signature wounds of the conflicts in Afghanistan and Iraq, psychological health, and traumatic brain injury. In 2008, DoD stood up the Defense Centers of Excellence for Psychological Health and Traumatic Brain Injury (DCoE) and we began the challenging task of communicating about the hard realities of wounds that often were invisible but took a terrible toll. Hundreds of thousands of our servicemembers would suffer from these wounds.

There were, of course, far more visible wounds. We worked with Homes For Our Troops, a nonprofit organization that builds and donates specially-adapted custom homes nationwide for severely injured post-9/11 veterans. The homes restore some of the freedom and independence these veterans sacrificed while defending our country. We helped encourage those who received homes to tell their stories to inspire others.  I remember a quadriplegic vet being asked whether he thought the price he paid was worth it, and saying “if I could do it again, I would, and I would leave tomorrow.”

We focused on other casualties of war, working with The Independence Fund to promote their mission of empowering our nation’s severely wounded, injured, or ill veterans. We learned about and began raising awareness of how catastrophic wounds affect veterans’ young children, newborn to five years old. We promoted a campaign to reduce veteran suicide. Tragically, the suicide rate among veterans is 1.5 times greater than that of the non-veteran adult population.

There was another, less obvious group of war casualties, living in the shadows. In 2014, Senator Elizabeth Dole released a Rand study that drew back the curtain on the burden being shouldered by the caregivers of wounded veterans. Five and a half million military caregivers – the spouses, parents, family members, and friends caring for America’s wounded, ill, or injured veterans – were silently paying an enormous price for their own quiet heroism. Since that time we’ve been working with the Elizabeth Dole Foundation, supporting its extraordinary effort to raise awareness about the crisis in veteran caregiving and seek solutions that provide a measure of relief for the hidden heroes providing that care.

Was it worth it? War produces a broad range of results, some immediately obvious, others only come clear with the passage of time.

Early in the morning of 9/11, Patti Quigley’s husband boarded a flight in Boston. Patrick Quigley’s plane crashed into the World Trade Center, and he became one of the 3,010 people who died as the result of the terrorist attack. Together with another 9/11 widow, Patti turned grief into compassion, starting a nonprofit to aid Afghan women who were widowed during the following invasion.

Afghan native Razia Jan, who studied childhood education at Harvard and was quietly raising a son in Massachusetts, looked on in horror at the events of 9/11. She began making blankets for rescue workers. Then, teaming up with a group of Army helicopter aviators, she helped coordinate the delivery of more than 30,000 pairs of shoes to Afghan villagers, predominantly children. Inspired by 9/11 responders, who ran toward danger to protect those in peril, she decided to return to her home country for the first time in 38 years. She brought with her 12 suitcases full of blankets, clothes, and toys for local orphanages. When she saw the harsh treatment of girls in these orphanages, she determined to do the one thing she believes will one day save Afghanistan: educate the country’s daughters. 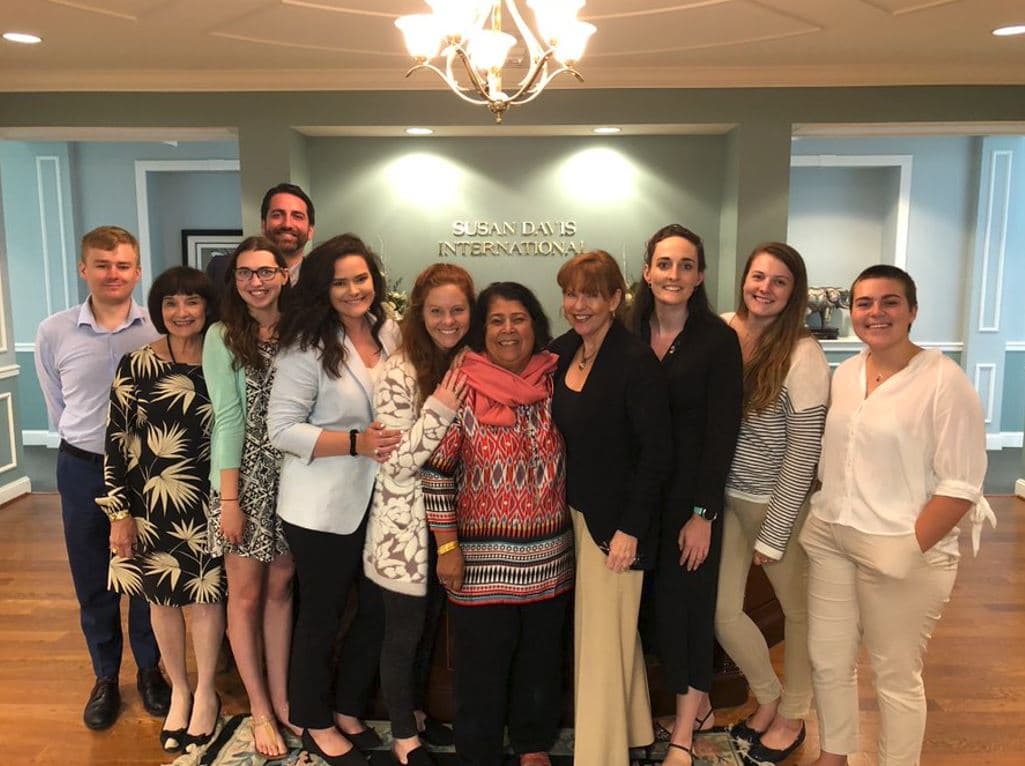 Against all odds, Razia Jan founded the Zabuli Education Center, Afghanistan’s only tuition-free, privately managed K-12 and postsecondary vocational school for girls. In the curious way that fates intertwine, Patti Quigley met Razia, joined with her, and together they have created an oasis for girls’ education in Afghanistan. The school started with a few dozen girls in 2008; now over 1,000 girls have been educated, 750 are enrolled in the K-12 program, and hundreds are registered on long waitlists. Graduates have gone on to pursue degrees from universities, develop career-building skills and obtain midwifery certifications, fracturing the cycle of poverty that has plagued their families for decades.

In the midst of turbulence, at a time when people think of Afghanistan and think chaos reigns and hopelessness prevails, remember Razia Jan and Patti Quigley providing a ray of hope, and that for many little girls in Afghanistan, that hope gives purpose to their lives.

Duty. Honor. Country. The words famously spoken by Douglas MacArthur echo through the ages. The men and women who served their nation during the Global War on Terrorism have carved their place in history. They did their duty, served with honor, protected their country. During the twenty years that followed 9/11 there were no more attacks on American soil launched from Afghanistan. That was the avowed aim of sending our servicemembers to Afghanistan. The goal was accomplished. Those who served can take justifiable pride in its accomplishment.

We did not go to Afghanistan to create a democracy in an ancient tribal land. But, perhaps inevitably, some of our ideals took root. Much has changed in Afghanistan since 2001. The population has nearly doubled. The median age in Afghanistan is 18.6. Access to health care has improved, and both maternal and infant mortality rates have come down sharply.  Far more households have electricity. Nearly 8 million more children are in school, and far more girls are being educated.

What happens next cannot be known. There are fears, but they do not erase hopes and aspirations.  A taste of freedom is a powerful antidote to tyranny. Many Afghans have tasted freedom. That taste will linger and sustain them through an uncertain future.

September 11, 2021, approaches. If you were an adult on that fateful day 20 years past, or even a child of sufficient age, you will remember the moments starkly. The twentieth anniversary of the day is not a day for celebration. It is a day for solemn reflection. We will be thinking about 9/11, and all that has transpired since our nation was jolted awake by an act of terror that will never be erased from our memories. We know others will as well. Some moments must be fixed in our memories, if only to ensure the lessons learned are never forgotten.