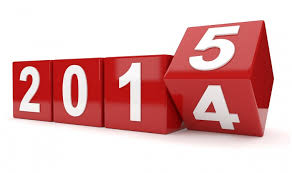 If the past is prologue, then SDI is headed towards another successful year for our clients, company and uncomparable team.  With one foot into the New Year, we leave 2014 with a look at a few of our favorite moments.

SDI launched a major new practice in Cyber Risk Communications focused on Boards of Directors and the C Suite. Our incredible bench of global experts is intimately familiar with the universe of existing and emerging cyber threats, and the operational, regulatory and legal landscape shaping the way corporations  respond to deal with shareholder value and reputation management.

Long time client LUNGevity hit it out of the park this year when Major League Baseball selected the Foundation as beneficiary of MLB’s annual Winter Meeting Auction, and a new partnership was created with the Baltimore Orioles.

SDI proudly put its backs into supporting the Army Historical Foundation’s campaign to build the National Museum of the United States Army. Brick by brick we also engaged supporters to participate in the Foundation’s commemorative brick program, personalized pavers to be placed on the walkway  to the main entrance and along the museum’s future parade grounds. Go Army! (and Navy, Air Force and Marines)

SDI has worked with leading regional grocer Giant Foods to promote Giant’s initiatives to give back to the community, and Giant gave back to SDI by honoring us as an outstanding woman-owned vendor and vital partner!

SDI continues to help put “smart” into smart aging, spearheading initiatives in Ireland to create Ireland as a global hub for smart ageing technology, design, products and services, and working with Mary Furlong and Associates to execute strategic smart ageing summits on both coasts.

SDI managed a very exciting 10 days in April for the Elizabeth Dole Foundation as it released their commissioned RAND report on military caregivers at a press briefing and luncheon at the National Press Club. Our team also arranged more than 100 meetings on Capitol Hill for active caregivers. The culmination was the announcement of the National Coalition for Military Caregivers at the White House with First Lady Michelle Obama, Dr. Jill Biden and former First Lady Rosalynn Carter joining Senator Elizabeth Dole.

SDI announced the Foundation’s plans to double the size of the National Museum of the Marine Corps. The museum was recognized as a Top 10 Military Museum by USA Today and the best non-Smithsonian Museum in the region by Washington Post readers. The accolades will grow as the museum breaks ground on their expansion this spring.

SDI helped AARP with military outreach at the Ideas@50+Expo during AARP’s national convention in San Diego. The expo is driving an AARP evolution in engagement with its key audience on issues that matter to the 50+ population. We also secured exhibitors from military support organizations for the three-day conference.

“The HistoryMakers” Video Donation to Library of Congress

SDI managed four events surrounding the donation of a video archive of thousands of hours of interviews — “The HistoryMakers” that captures African-American life, history and culture as well as the struggles and achievements of the black experience — to the Library of Congress.  It will be the Permanent Repository of the collection.

SDI powered up support and a video for Powering the People, Edison Foundation’s unique celebration of innovation in the electric industry at the Newseum. Powering the People: Next Generation Utility, showcased how electric  utilities, regulators and technology companies are revolutionizing the way the world manages, delivers and uses electricity.

It’s a privilege to manage the media and production of the largest annual gathering of women in uniform in the nation.  Held in Norfolk, the symposium provides professional development opportunities for active-duty military women, and a forum to discuss their evolving roles in the U.S. and abroad.

It was fun to again coordinate outreach for the finalists and winners of the National Medal, the highest honor bestowed by the Institute of Museum and Library Services (IMLS), the primary source of federal support for the nation’s 123,000 libraries and 17,500 museums. First Lady Michelle Obama joined IMLS Director Susan H. Hildreth to present the medals to 10 exceptional museums and libraries in the East Room of the White House. The ceremony marked the 20th anniversary year of the National Medal honoring outstanding institutions that make significant and exceptional contributions to their communities.

A Host of Awards

Awards keep coming, and we are grateful. Susan was honored to be named among the Most Outstanding Irish Business l\Leaders over five decades by Business and Finance Magazine in Dublin. SDI’s EVP, Judy Whittlesey was named one of PR News Top Women in PR. The work we did on behalf of the Marine Corps Heritage Foundation and Institute of Museum and Library Services was recognized with three Thoth Awards. We were honored to receive The Stevie Awards for Public Service Communications Campaign of the Year for our work with the Elizabeth Dole Foundation to raise awareness for the nation’s military caregivers ‪#‎hiddenheroes.  And, our magazine print ad for ESGR won recognition from the Communicator Awards. Drum Roll please!

A happy, healthy and prosperous New Year to all!